The Phenomenal Success of Carrageenan PGP from Research to Market 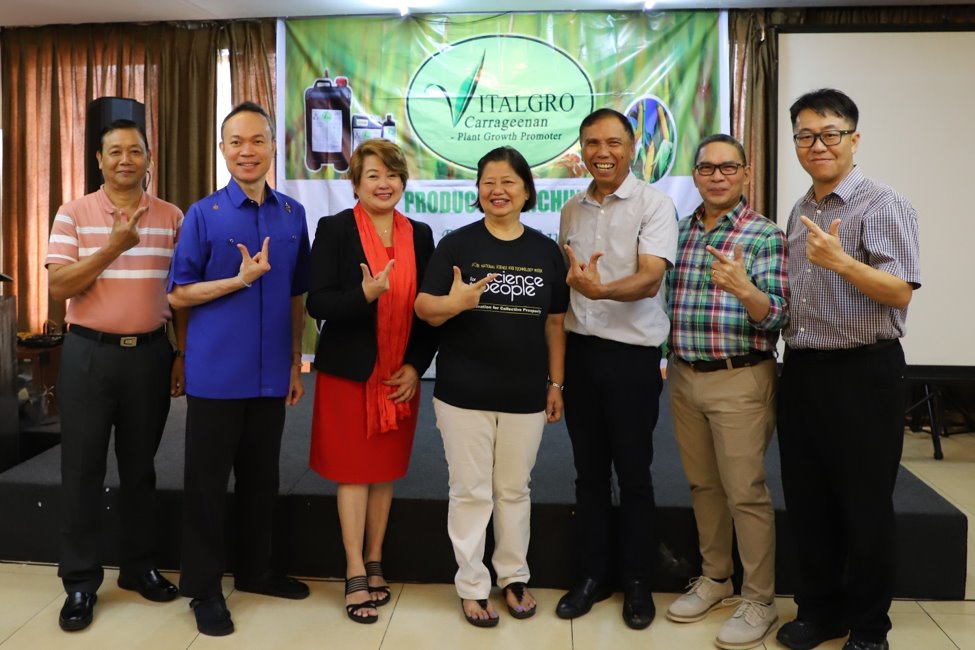 After more than five years of successful research in seven regions of the country, the commercially produced Carrageenan Plant Growth Promoter (PGP) is now available for use by farmers in the provinces of Isabela, Ilocos Norte, Ilocos Sur, Laguna, Davao, Oriental Mindoro, Nueva Ecija, and Pampanga. It is the realization of the dream of the farmers, who have witnessed the benefits of Carrageenan, to have this technology commercially available.

“Vitalgro, the commercially available Carrageenan PGP was launched by the private technology distributor HL Trading in eight locations nationwide. First launched in Isabela last June 11, the Vitalgro was succeedingly launched in Ilocos Norte (June 13), Ilocos Sur (June 14), Laguna (July 16), Davao (August 14), Oriental Mindoro on August 29. There are still upcoming launchings this September 2019 in other regions of the country. By conducting lectures during launchings, Dr. Lucille V. Abad of Philippine Nuclear Research Institute (PNRI) and Dr. Gil L. Magsino of the National Crop Protection Center (NCPC), developer and project leader of the research study of Carrageenan, respectively, enlightened the farmers more on the benefits and effectiveness of this product.

During the open forum of the product launching in Pampanga, the Municipal Agricultural Officer, and some farmers surprisingly shared their success stories from using this technology. One of the highlights shared was how this technology contributes to the stem strength of rice crops. Many delegates from Region III testified that in 2015 rice crops sprayed with Carrageenan withstood the devastating typhoon “Lando,” while nearby ricefields without Carrageenan experienced lodging. Moreover, despite the strong winds brought by that typhoon, the grains of rice sprayed with Carrageenan remained intact. These combined effects of Carrageenan to rice in the presence of tropical cyclone resulted in better yield harvest compared to fields without Carrageenan that has almost no yield recovered.

Other users of this technology also shared that the product is not just useful in rice but as well as on crops like tomato, corn, legumes, sugarcane, and corn.

From the research development of Carrageenan up to marketing, indeed the technology had gone far and wide in fulfilling the cause of Philippine agriculture.
(RA Limpiada, RG dela Cruz / Photos: AQ Toledo)